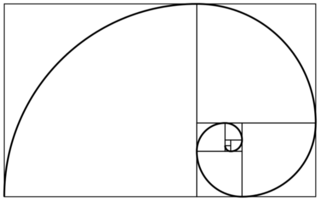 A sacred sequence of numbers that unfolds inwards and outwards infinitely.

In math it’s the foundation of Phi / Golden Ratio /the Golden Mean Spiral.

In nature it is often called God's language in numbers because so much of nature unfolds in this particular sequence… it is at the foundation of every living thing.

Intrinsically linked with the manifestation of beauty, harmony and proportion as witnessed in the branching of trees, the flowering of an artichoke, the uncurling fern and the arrangement of a pinecone.

A series of fractals i.e. a never ending pattern created by repeating a simple process over an over in an ongoing feedback loop…  This property is called “Self Similarity.”

The Fibonacci Sequence is in everything.

According to Bio Geometry, the combination of the Fibonacci Sequence and Shungite  produces a very high level of  harmony and sacred space.

Benefits of wearing the Fibonacci Sequence:

* Wearing the sequence puts you at the zero point of a spiral unfolding infinitely in the pattern of creation. The most powerful point from which to create.

* Provides a doorway to your multidimensional potential.

* Quantifies your mantras, meditations, prayers or affirmations with exponential growth and infinite expansion.

* When your DNA is exposed to the Golden Mean Ratio in any form, (as it is in nature), it has a resonant effect which eases your mind and body back into alignment.

* Reminds your DNA how to replicate itself.

“When you meditate on natures numbers,

there’s no turning back”